OLOMOUC – FIFTEEN CENTURIES OF A CITY

Seven main historical topics combine to make up the story of the city from the 6th century, the harsh early Middle Ages, to the present, the beginning of the 21st century. The incredibly rich history of Olomouc is documented in this new exhibition by a wide range of artefacts, from archaeological finds through monuments of artistic craft and literature to 20th century documentary film, brought to you with modern technology. What is more, the museum’s fine collection allows us to present the most important institutions to have shaped the face of the city down the centuries - provincial, aristocratic and royal institutions, the diocese and chapter, orders of monks, municipal administration and the trade guilds.

The opening part of the exhibition, The dawn of history, is devoted to the Slav settlement of Olomouc and its surroundings from the 6th to 11th centuries.

The second tale, The beginnings of Czech statehood, 12th – 13th centuries, tells visitors of the process of forming the Premyslid Czech state and its church structure.

The age of rise and fall, 1300 – 1450, captures the time of the Hussite Wars, in which Olomouc was a major player in the anti-Hussite opposition, and the world of thought of the like-minded monks of the Carthusian monastery in Dolany u Olomouce.

A period of exceptional development in the city, related to the rise of its political influence under the rule of King Matthias Corvinus and Vladislav Jagellon, is documented in the fourth tale, entitled The crossroads of Europe, 1450 – 1550.

The hero of the fifth tale is The Baroque city, 1550 – 1790, whose appearance was dramatically influenced by the court of the bishops of Olomouc (archbishops from 1777), together with the chapter and Jesuit academy, and the interests of the municipality, the guilds and the army.

The sixth tale tells of the journey of Olomouc From fortification to modern city, 1790 – 1918. The abandonment of the Olomouc fort and the demolition of most of its walls in the second half of the 19th century opened the way for the development of transport, the growth of new trades and the transformation of city planning. It was thanks to this that Olomouc became a modern European city with a pulsating social life at the turn of the 19th and 20th centuries.

The seventh and final tale, entitled Modern times, 1918 – 1945, recalls the recent past of the city from the rise of the First Republic to the end of the Second World War. 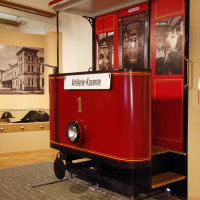 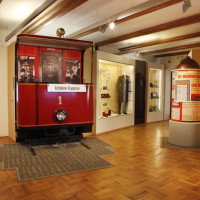 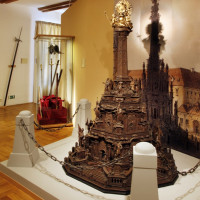 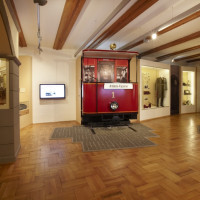 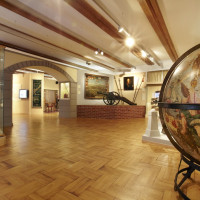 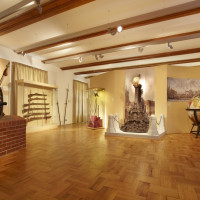 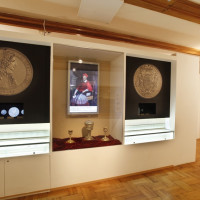 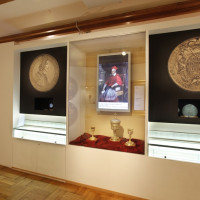